This guide supports the research components of MUS210: Music in Film.

The assignments in this course require you to select films from a particular time period:

There are two ways to search for films:

1) Use the lists and tools below to search for film by year, but be aware that not all the films are necessarily available online. Look up the titles in the UofT Libraries Catalogue or check the resources on the Streaming/Media Services Page. Be sure to contact your librarians (Tim - Music, Kate - Film) or our Ask A Librarian Online Chat for help.

Apply the specific date ranges provided for the assignment (or a single date) to browse films in Release Date Section. 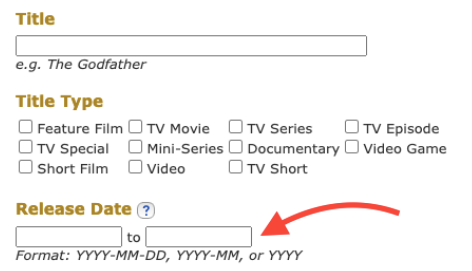