Traditional metrics measure the number of times an article has been cited.

Altmetrics measure how an article is being discussed in the public or social realm. Types of measurements include:

However, ALMs have their own share of limitations. Like journal-based metrics, they may be prone to manipulation and are unable to distinguish between positive and negative attention.

More information on common ALMs and their limitations is available in the SPARC Primer and Metrics Toolkit.

Information and definitions of metrics in this section adapted from Metrics Toolkit. It is licensed under CC-BY 4.0.

The simplest and most common ALM, Citation Count indicates the number of times that an article has been cited by other research outputs since it was published

Field Normalized Citation Impact (FNCI) shows how well an article is cited compared to similar documents in the same field of research. It is calculated as the ratio between the citations received by an article and the average number of citations received by all other similar publications within a particular database. A value greater than 1.0 means the article has been cited more than average compared to similar publications, and a value less than 1.0 means the article has been cited less than average.

The position of an article compared to other articles in the same discipline, country and/or time period based on the number of citations they have received. Often expressed as a percentile or a “Highly Cited’ label based on percentile rankings.

Many scholars believe traditional metrics do not give the whole picture of research impact, especially in fields outside the sciences. Altmetrics use a range of measurements to show research impact. They measure both impact on a field or discipline and impact on society. They "expand our view of what impact looks like, but also of what’s making the impact. This matters because expressions of scholarship are becoming more diverse" (from http://altmetrics.org/manifesto/).

Altmetrics can be useful for early-career researchers or new publications that need time to gain citation counts. They also account for other types of publications, such as datasets, code, or blogging.

This list is not exhaustive, and many more Altmetrics resources can be found on the Metrics Toolkit website. Other Altmetrics include

Altmetric tracks mentions of articles and other research outputs such as datasets on social media, news outlets, and bookmarking services. These metrics are visualized using an Altmetric Attention Score and colourful 'donut'.

This metrics can be found in all products offered by Altmetric, including the free researcher bookmarklet and on many journal publisher websites and repositories (such as Figshare). ​

PlumX Metrics from Plum Analytics "provide insights into the ways people interact with individual pieces of research output... in the online environment." These metrics are divided into five categories: 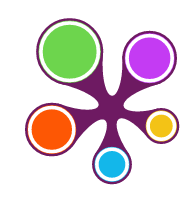 PlumX Metrics and the Plum Print visualization are available on a wide range of platforms and publisher's websites, including Engineering Village, Mendeley, Scopus and Science Direct.