This guide is designed to help Initial Teacher Education students find materials that centre or focus on First Nations, Métis, and Inuit worldviews, experiences and knowledges for teaching in the K-12 classroom. 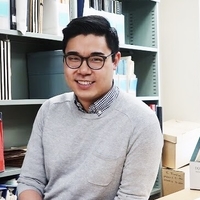 This guide is maintained by Desmond Wong, Outreach Librarian

This guide was originally built in 2013 by Rebekah Bédard, an OISE Library practicum student, in collaboration with the Deepening Knowledge Project.

Please see the above list for the supplementary reading materials, including their location in the library. Online resources are denoted with a link available in the 'Title' section of the chart.

Note that for OISE Library materials the following abbreviations have been used to note the location and collection:

Please note that these recommended materials are largely in the Curriculum Resources or Children's Literature Collection on the Third Floor of OISE Library.