The OISE Library Paulo Freire Collection includes a wide array of pamphlets and brochures. Some of these materials were produced by organizations offering programs about implementing Freire's theories and methodologies, while others offered programs that were inspired by Freire's ideas.

Center for the Study of Development and Social Change

This pamphlet promotes the Center for the Study of Development and Social Change, an organization dedicated to studying and communicating about social change. The pamphlet includes: 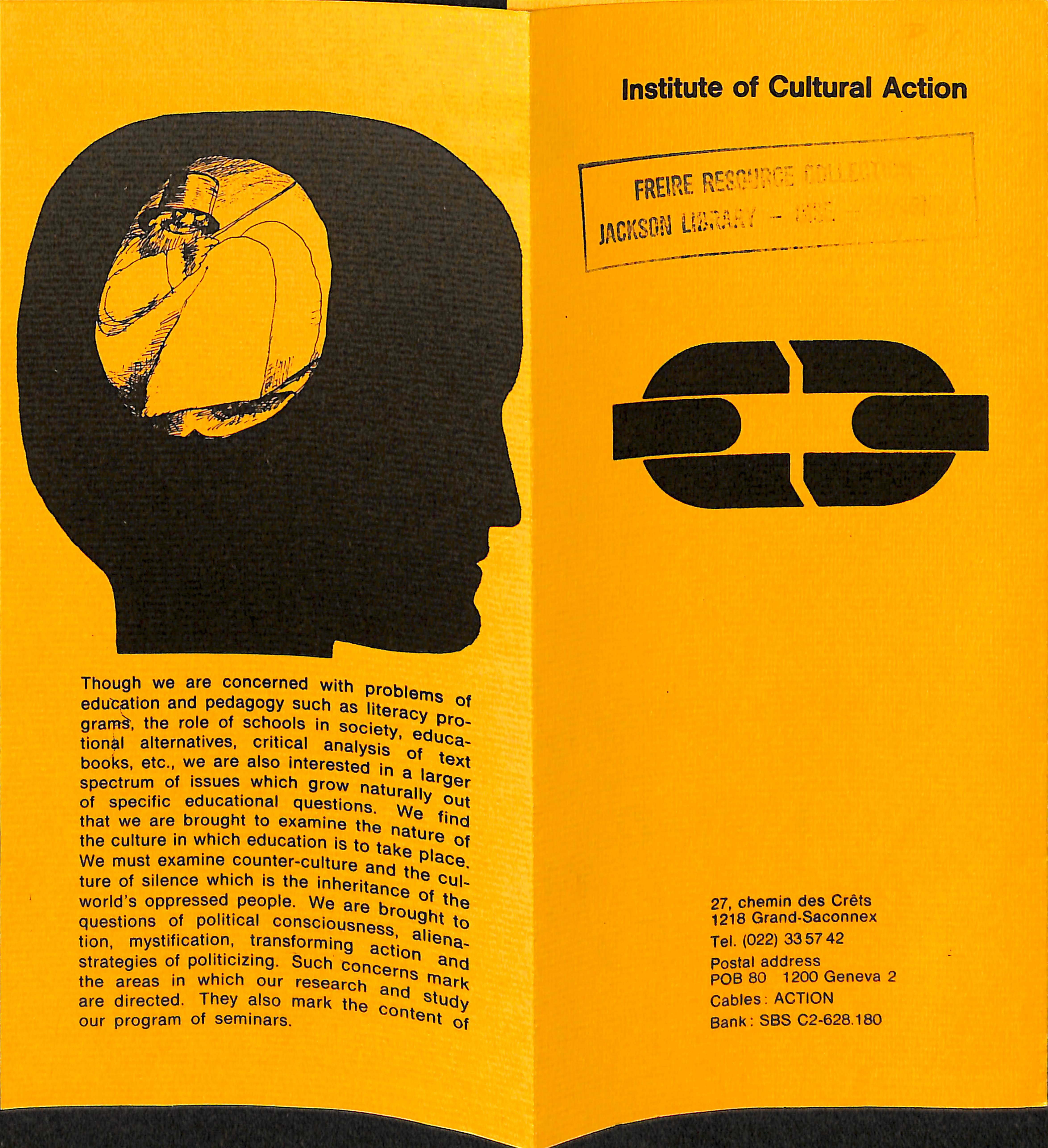 This pamphlet is from a Geneva-based non-profit interested in raising awareness about conscientization. The pamphlet includes a definition of conscientization and a description of the ways in which the Institute of Cultural Action implemented its mission.

This pamphlet is from a Boston non-profit interested in helping people use their economic power to support social initiatives both in their own communities and abroad. The pamphlet describes three programs developed by the New World Coalition. This item also contains a list of materials available from the New World Coalition in support of their mission. 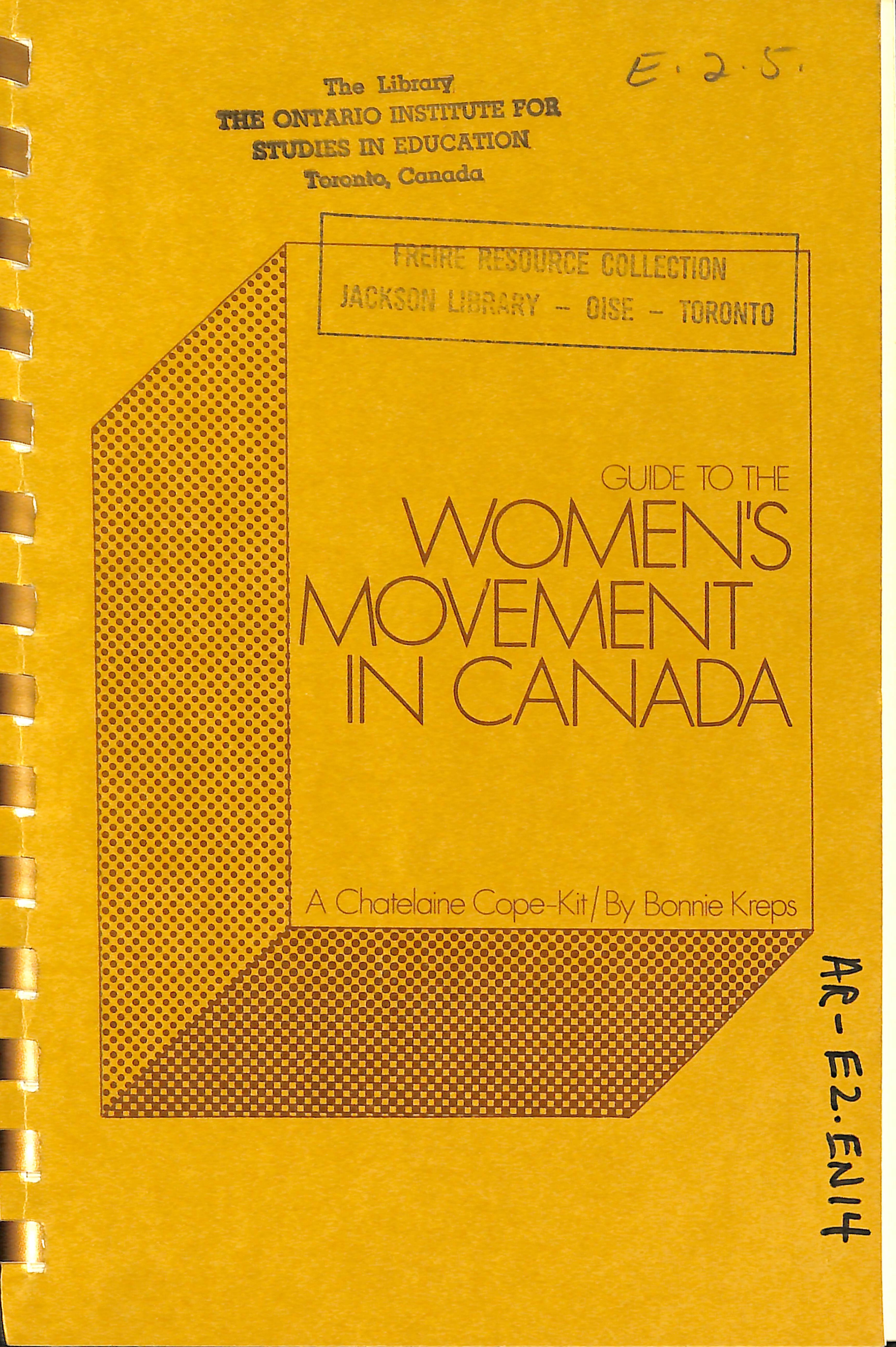 Guide to the women's movement in Canada: a Chatelaine cope-kit

This 43-page booklet discusses feminism, the women's movement, and suggests ways in which women can think critically about traditional gender roles. It also includes:

Simulation use and design workshop

Produced by the Ontario Educational Communications Authority (today TVO), this flyer advertises five workshops held in Ontario in 1973 dealing with simulation games. This item also contains a letter from the Ontario Educational Communications Authority with additional information about simulation and about the workshops being offered.