A manuscript on Richard Colley, Marquess Wellesley, who was Governor-General of India from 1797-1805. Also includes newspaper clippings and a banquet invitation.

A collection of invitations, tickets, and directories for the 1903 and 1911 Coronation Durbars.

Henderson is a Buddhist priest and a writer of both poetry and scholarly pieces on Buddhism and Tibetan art - see the first and second finding aids (PDF) for more details.

The collection documents Gilpin-Brown's tour of duty in India as a captain of the 92nd Gordon Highlanders - see the finding aid (PDF) for more details.

A scrapbook written by the daughter of a British colonel stationed in Rawalpindi. Includes sketches and watercolours, visiting cards, a lesson book, and other items.

An 18th century Sinhalese ola book made from strips of Talipot palm leaves.

A photographer, Tata lived in India during the 1940s and documented the Indian independence movement - see the finding aid (PDF) for more details.

A writer and former U of T professor born in Bombay, Namjoshi writes prose, poetry, and fables - see the first and second finding aids (PDF) for more details.

A collection of Sanskrit works, mainly in Telugu, Devanagari, and Bengali script - see the finding aid (PDF) for more details.

Most CSAS Publications are available at the University of Toronto Libraries, as well as for purchase from CSAS.

Experiencing India: European Descriptions and Impressions Catalogue of an Exhibition at Thomas Fisher 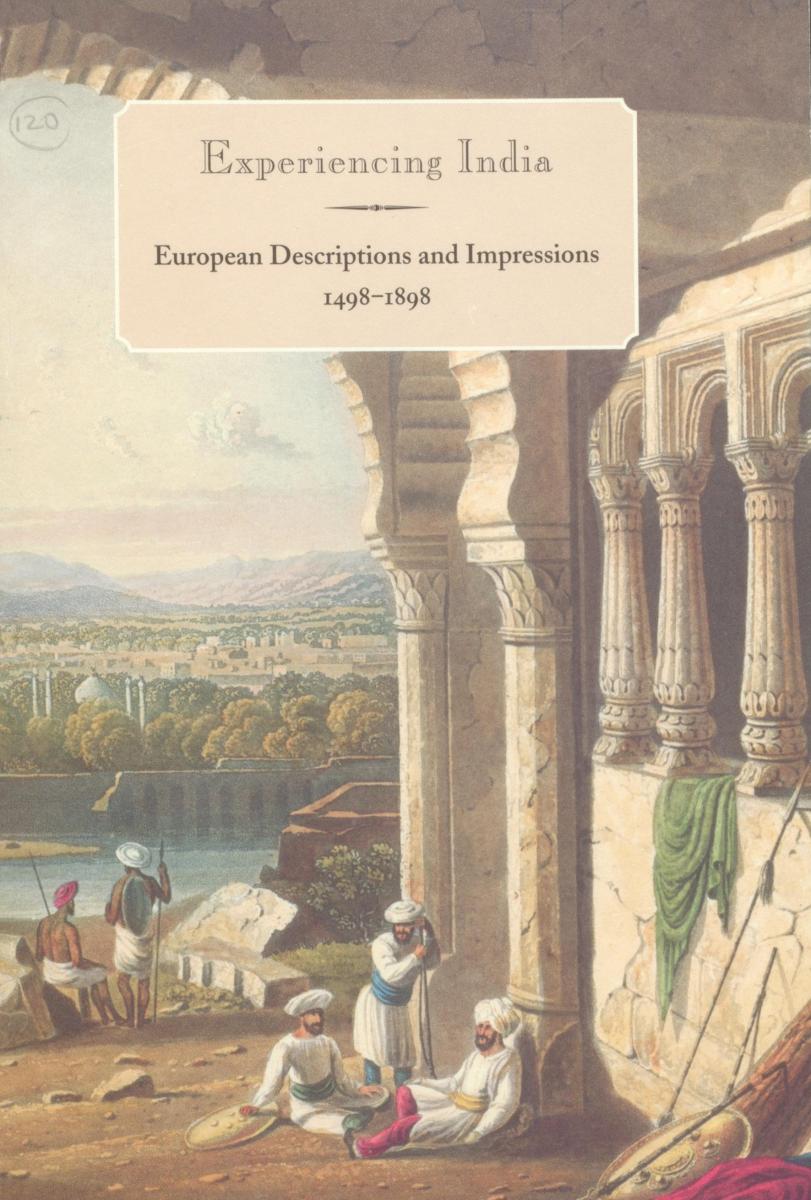 The variety of European encounters with the Indian subcontinent, from the sixteenth through the nineteenth centuries, was the theme of this exhibition. Two things developed in the fifteenth century that frame the start of the historical period. One was printing from movable type, introduced in Europe by Johann Gutenberg in the 1450s. The other was navigation, permitting the Portuguese Bartolomeu Diaz to sail into the Indian Ocean, around the southern tip of Africa, in 1488, and another Portuguese navigator, Vasco da Gama, to reach the shores of India in 1498, exactly five hundred years ago. The ensuing record of discovery and travel, as it unfolded, was published in early European printed books that have come to be highly prized by collectors and libraries. The Thomas Fisher Rare Book Library of the University of Toronto is fortunate to possess a representative range of materials, principally in English, from these four centuries.The exhibition and catalogue were by Professor Willard G. Oxtoby, Comparative Study of Religion, Trinity College, University of Toronto. The catalogue won an Honourable Mention award from the Rare Books and Manuscripts Sections of the American Library Association.

The Media Commons Library holds a collection of microforms of South Asian political and historical sources.

The Royal Ontario Museum's Sir Christopher Ondaatje South Asian Gallery displays artifacts from South Asia, drawing from a collection of roughly 7,000 objects. The Far Eastern Library also has its own collection of books on South Asia.