This research guide provides a highly selective list of major reference resources in the field of Art History.

Students are often asked to find exhibition catalogues as part of their research, or they are asked to mimic a catalogue entry for an assignment. Exhibition catalogues are a very important type of literature for Art History.  They provide documentation relating to all the items displayed in a show at a museum or art gallery and they contain new scholarly insight by way of thematic essays from curators and academics.

Up until the last few decades, most exhibition catalogues were small and simple.  They were mostly in the form of an unillustrated “checklist”, which would list the title of the work, dimensions, medium and creator. Now, exhibition catalogues often take the form of substantial books containing an introduction, essays, works shown, crisp colour images on glossy paper, a bibliography and sometimes an index.

“…a good catalogue must nonetheless bring over something of the flavor, the temper, the attitude, the very feel of the show, while revealing something important to us about the nature of its subject. It has a duty, to a greater or lesser degree, to the onward march of scholarship.”

Many assignments involve the creation of a “catalogue entry” for an object or work of art for a virtual exhibition.  These usually are about one page and consist of the following elements:

In this example the curator describes the Woman’s Cap (No. 52) in terms of its physical composition and decoration. We are then told of the cap’s purpose and how it would have been worn.  According to 16th century Italian literature, it was a common object in bridal trousseaux – which is how it relates to the exhibition theme of “Art and Love”.  Another work of art (a contemporaneous painting of a woman wearing a similar cap) is included for comparison. 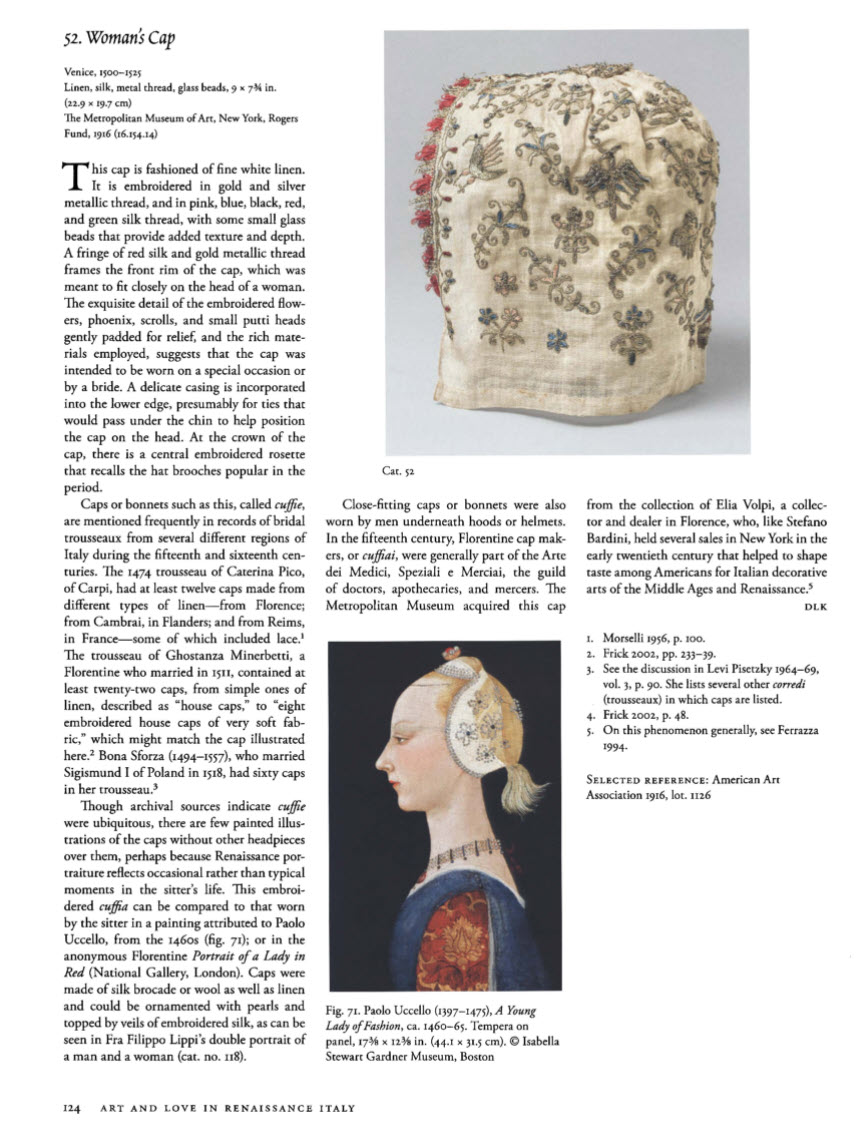 This first sentence of the entry makes it clear why this work was included in the exhibition:

“Within Bernini’s oeuvre, this bust is noteworthy for many reasons, it depicts the artist’s first important patron, it marks a significant innovation in Bernini’s portrait style, and the circumstance of its making it the stuff of legend.” 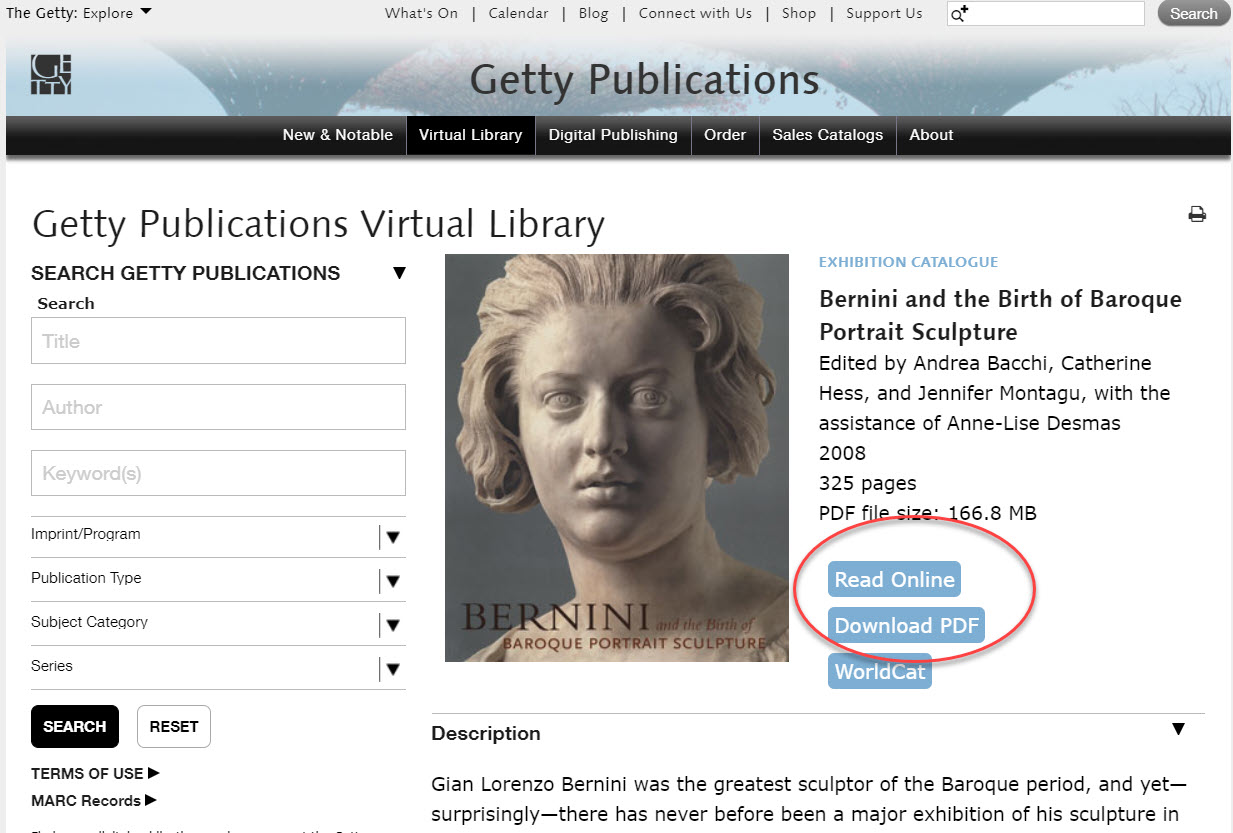 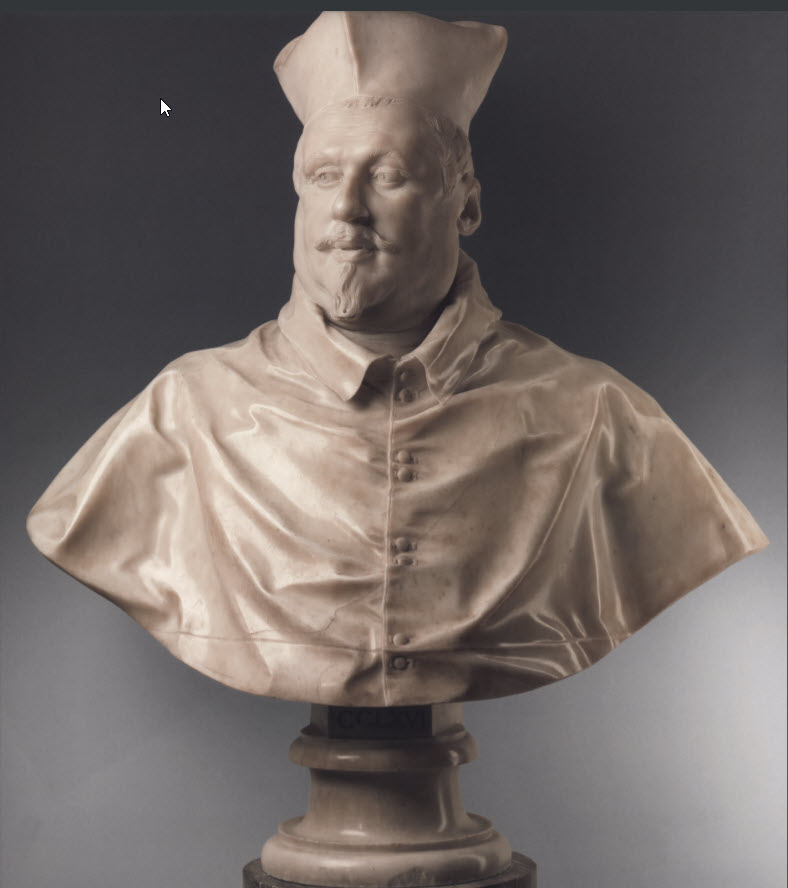 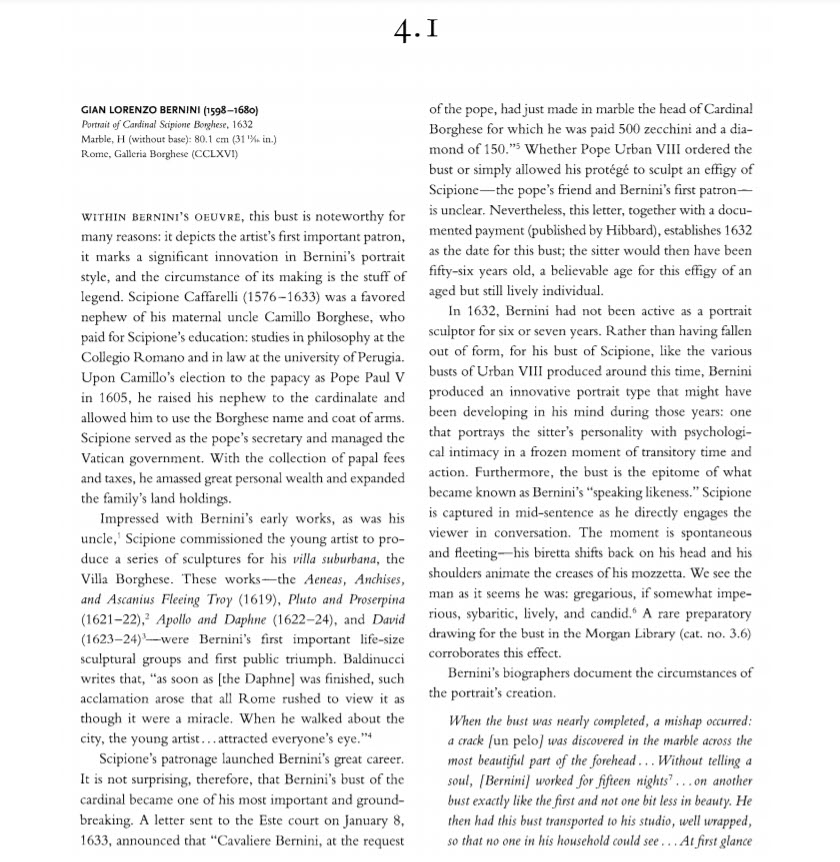 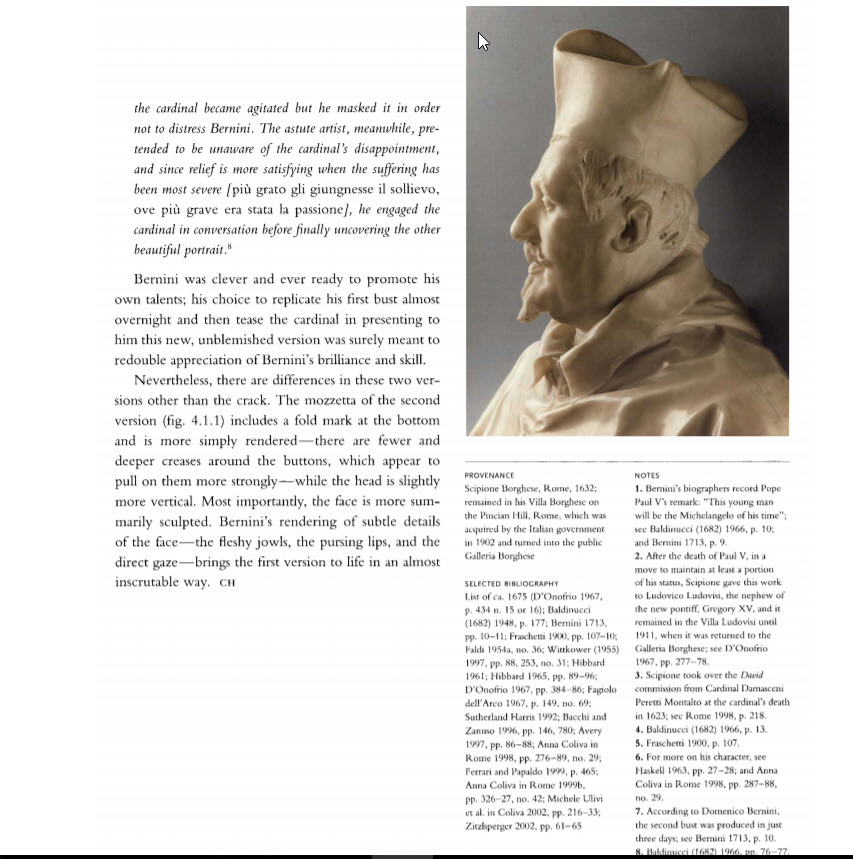 When you are searching for exhibition catalogues in the University of Toronto Libraries catalogue, it is important to remember that the books are given Library of Congress subject headings – which use American spelling.  Therefore, be sure to look for both “catalogs” and “catalogues” in a keyword search.

Use the pluralized form of the word “exhibitions”, since this is also another Library of Congress vocabulary term used to describe the types of publications.

Few exhibition catalogues are available online.  They are expensive to produce and underfunded cultural institutions needing revenue encourage you to “exit via the giftshop”. Several major museums and galleries have started to provide digitized copies of their publications on their websites. Here is a selective list:

Some exhibition catalogues are now “born digital”, with no physical copies ever being printed.

This is the case for the British Museum’s scholarly Online Research Catalogues:

How to Cite Exhibition Catalogues

How to cite an exhibition catalogue for a bibliography

Faculty in the Department of Art History use the Chicago Manual of Style type of Bibliographic format.

Notice that there are two ways to cite an exhibition catalogue. 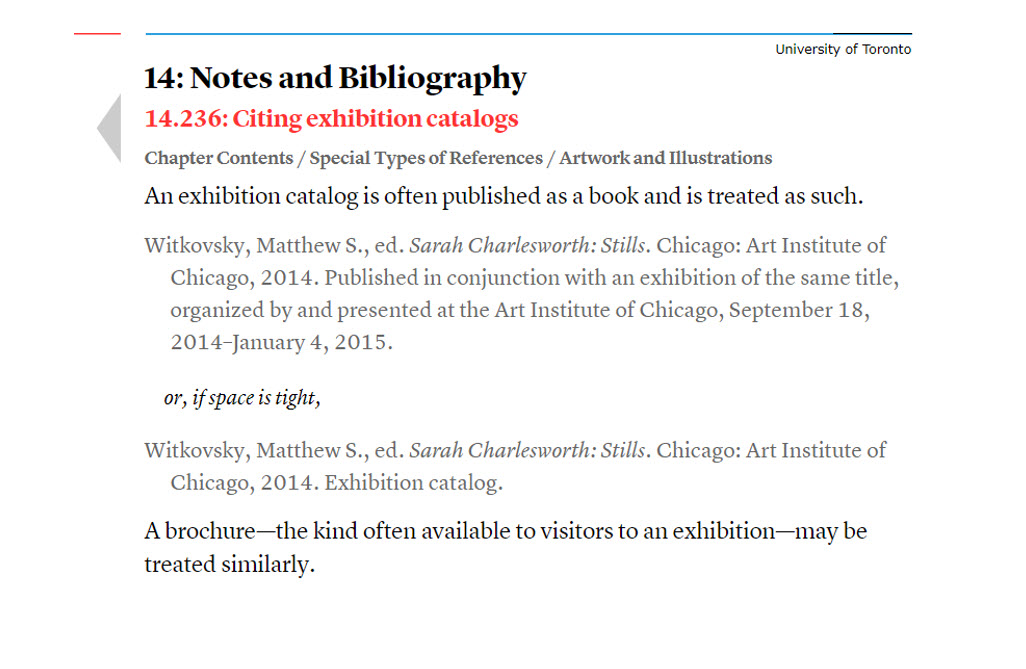