Introduction to research in forensic science

Scholarly journal articles and other scholarly resources such as books are published for an audience of researchers, not for the general public.

Articles published in a "peer reviewed" scholarly journal have been read critically by experts ("peers" of the authors) with a deep knowledge of the subject matter as part of the formal process of peer review. These "peers" will have read, and reflected on, every aspect of the article, including its research questions, literature review, methodology and results, and have assessed the findings to determine the oriiginality and soundness of what the authors present as "original research."

Once the peer review process is complete, the article can be accepted it for publication as is, be revised before publication, or be rejected altogether.  Think of peer review as a scholarly quality control process.

Not sure if a journal article is "Refereed" (Peer Reviewed)?

If you would like to delve deeper into what researchers write about peer review, take a look at this Scholarly Kitchen 2019 Peer Review Week article by Ann Michael.

Primary and Secondary Sources in the Sciences

Scholarly peer-reviewed journal articles are primary sources in the sciences because they communicate new original research findings (so-called "first disclosure") transparently to the the scholarly community.

Books (which may or may not be peer reviewed themselves!) and review articles (typically peer-reviewed) are secondary sources because they build on primary source knowledge without presenting completely new findings. The synthesis is new, but the information on which it is base was collected by other researchers. 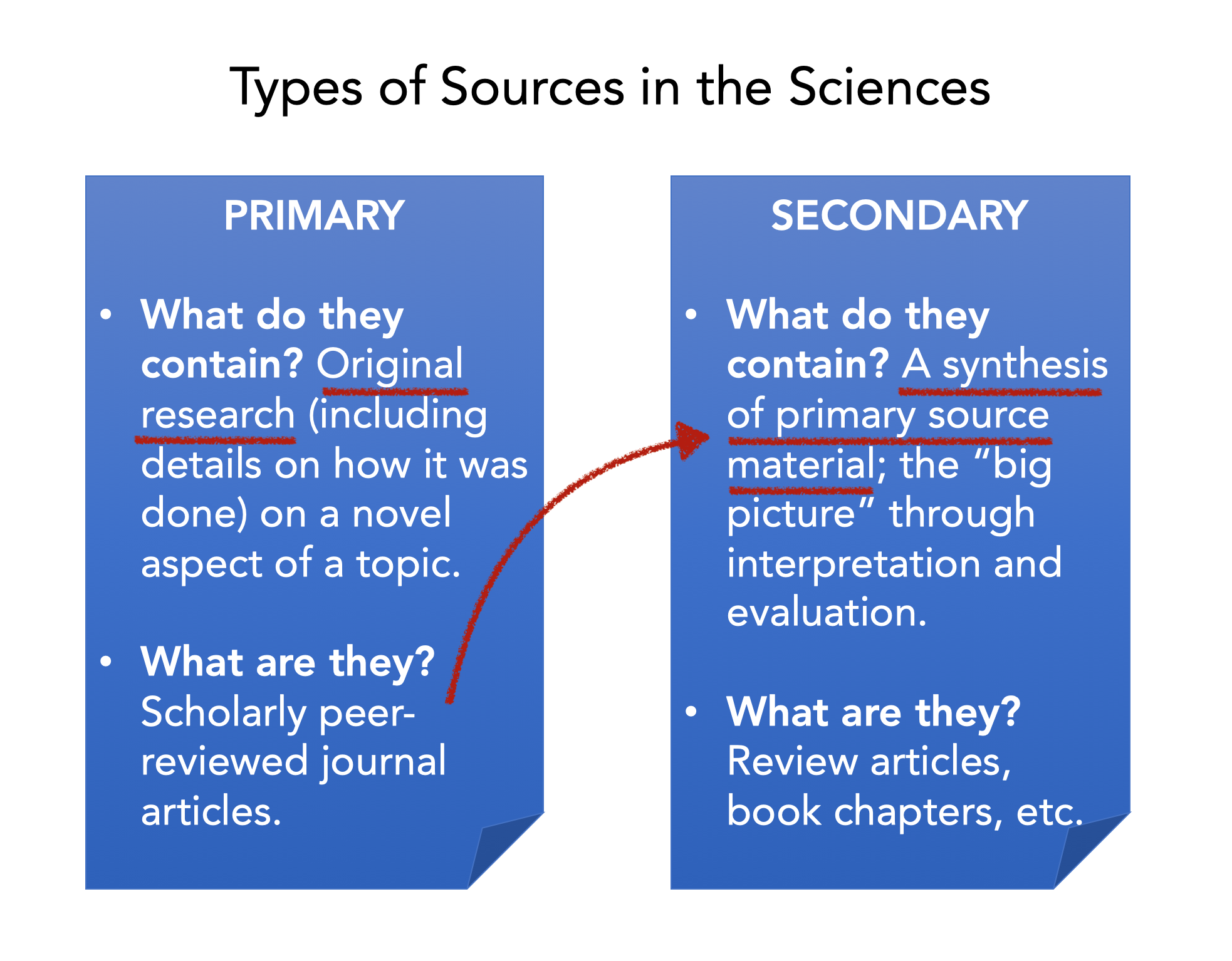 Pechenik (2013: 21-22) provided a good summary of the differences between, and roles of, primary and secondary sources in the sciences:

"For most assignments [...], you will be asked to go beyond the factual foundation of a field and read the primary literature, which

presents the results of original studies and includes detailed information about how those studies were conducted. Articles encompassing

this primary literature are written by the people who did the research, and are published in formal research journals [...]. The articles are

published only after being reviewed ("refereed") and evaluated by other scientists in a process called "peer review." [...]

But you can't search effectively for useful primary sources until you have a pretty good idea of what you're looking for.

Begin by reading the relevant portions of your class notes and relevant documents in the secondary literature, which gives someone

else's summaries, interpretations, and evaluations of the primary literature."

Here is a visual summary of what Pechenik advises us to do when writing on an unfamiliar topic in the sciences: 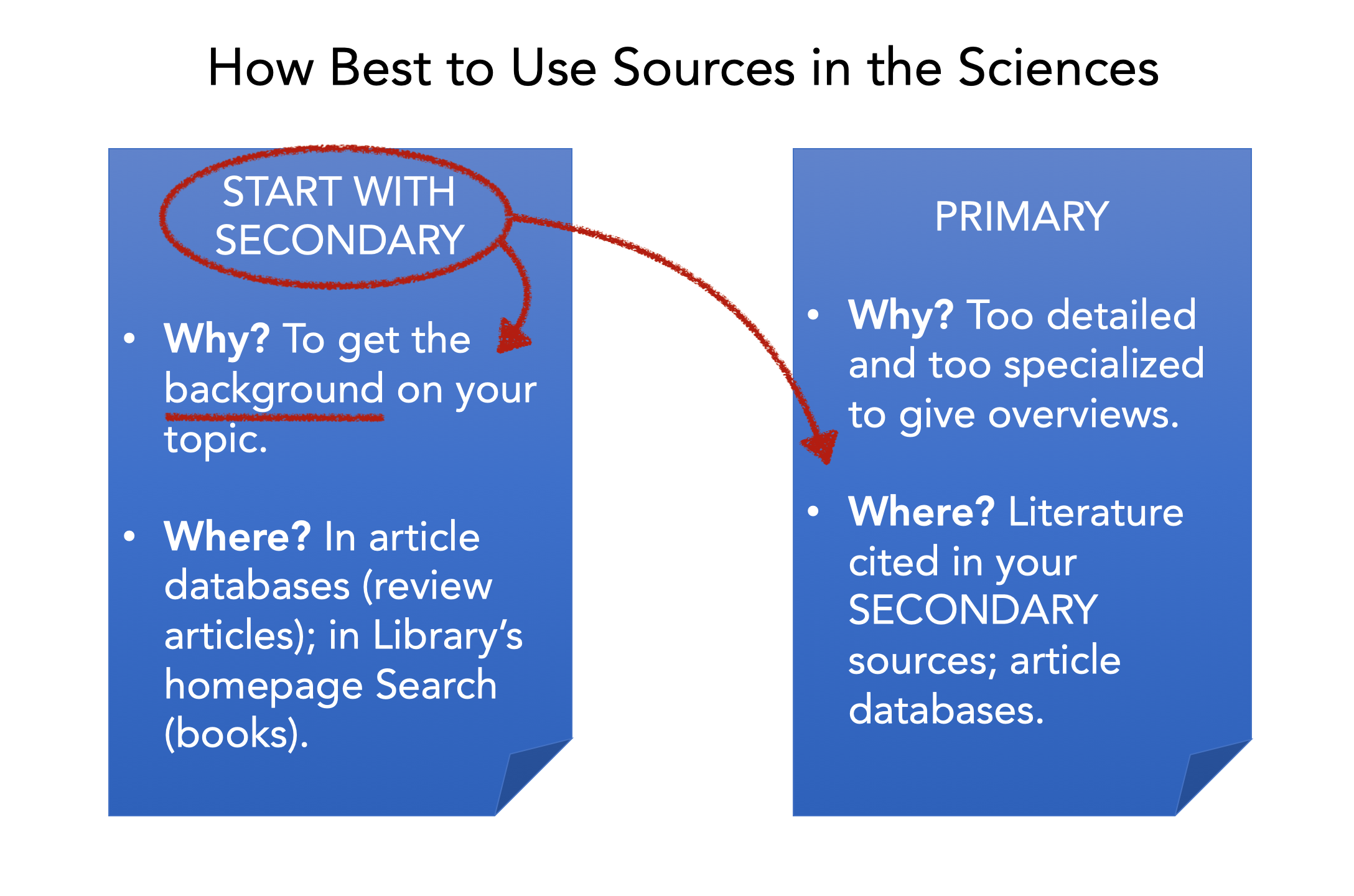