SCS 2472 Biochemistry with a Medical Perspective

Why instructors ask you to cite sources 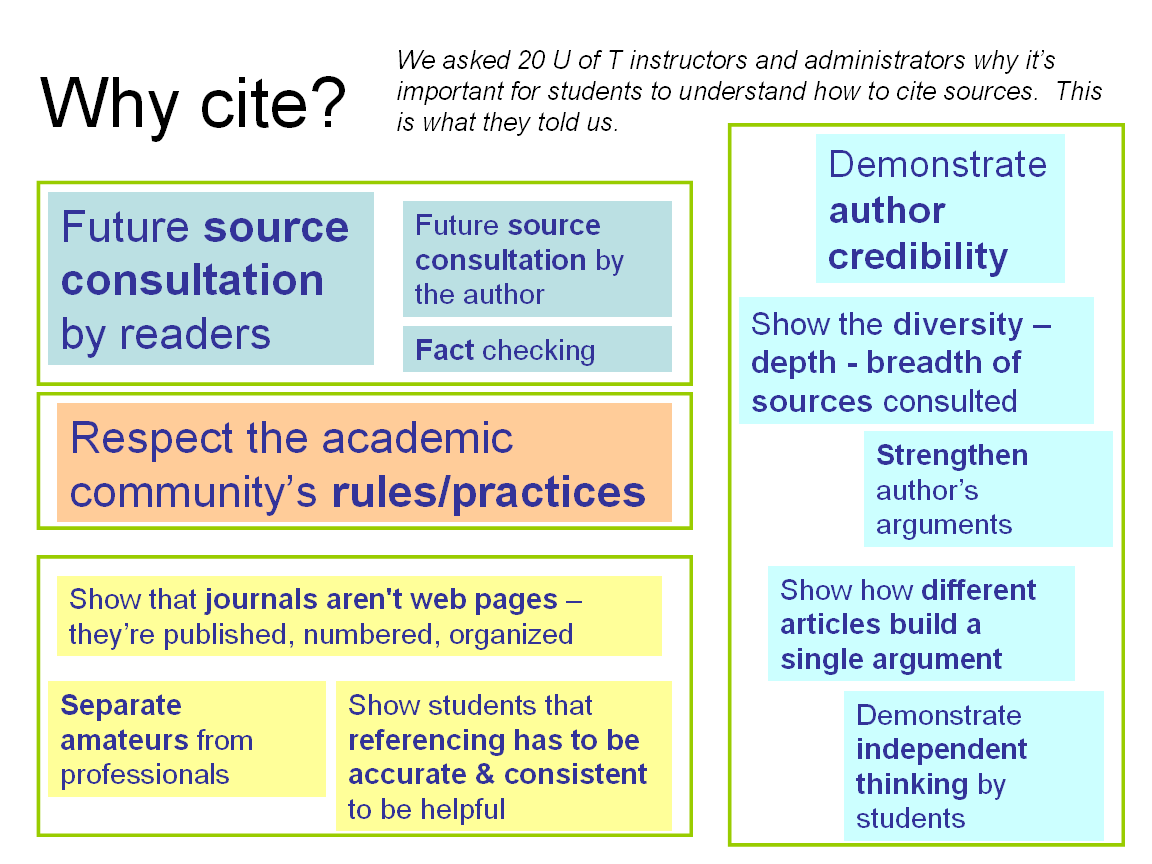 This video will help you understand the importance of a standard format for referencing works you choose to support ideas and arguments in your paper.

The first word of a title is capitalized. However, the rest of the title should be lowercase, unless it is a proper noun (e.g., a species name).

Citing within the text

The CSE (Council of Science Editors) style is used in the examples below simply to illustrate different aspects of citing.

Citations within the text must include the last name of the author(s)a and year of publication.

If there are two authors of a work, cite both authors.

Ricciardi and Rasmussen (1998) argue that biologists should devote more effort to predicting which freshwater species may become invaders of the Great Lakes region.

If there are three or more authors of a work, cite the primary author (whose name appears first) followed by et al. ("et al." stands for et alia, a Latin expression for "and others").

After the St. Lawrence Seaway was opened in 1959, the risk of non-indigenous species invading the Great Lakes increased significantly (Leach et al. 1999).

When citing an encyclopedia article, or a chapter in an edited book, use the author of the article or chapter, not the editor of the book itself:

Before the nineteenth century, zebra mussels were only found in the Black, Caspian, and Azov seas (Schloesser 1995).

When no author is given, but an institution is responsible for the material, cite the institution as the author.

The zebra mussel, Dreissena polymorpha, is a recent invader found throughout the Great Lakes (Association for Biodiversity Information 2001).

A book citation contains: last name and initials of all authors, publication year, title, the city and name of the publishing company, and the total number of pages.

Chapter in an edited book

List the authors of the chapter first, followed by the publication date, chapter title, book editors, city and name of publishing company, and where the chapter appears in the book (e.g., which pages).