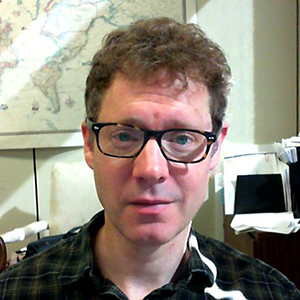 The Ambassador Cinema, Dublin. Photo by William Murphy. Gratefully adapted with a CC license from Wikimedia.

This title is available through the Hathitrust Digital Library. To access the book, click the yellow button in the top-right corner, select University of Toronto from the drop-down list, and login with your UTORID and password.

A Companion to British and Irish Cinema. Edited by John Hill. Wiley-Blackwell, [2019].

Like other good encyclopedias, Oxford Bibliographies offer thorough overviews, but their strength lies in the lengthy annotated bibliographies that follow. This source is an excellent place to begin your research in Irish Cinema.

International Dictionary of Films and Filmmakers

A Dictionary of Celtic Mythology. By Peter Berresford Ellis. ABC-CLIO, 1992.

Both online and in print, and containing more than 1,500 articles, this 5-volume set is the major encyclopedia for Celtic studies.

Dictionary of Irish Biography: From the Earliest Times to the Year 2002

With more than 9,000 articles on subjects ranging from politics, law, engineering, and religion to literature, painting, medicine, and sport, this encyclopedia is a key resource for Irish studies. The entries, written by established academics, contain bibliographies to guide students in further research. The 9-volume set is so detailed that you get thorough articles on a wide range of people, from internationally-famous figures such as the poet W.B. Yeats to lesser-known persons such as Denis Kilbride, a 19th Century agrarian campaigner and MP.

Ireland and the Americas: Culture, Politics, and History - A Multidisciplinary Encyclopedia

Known as LibrarySearch, this interdisciplinary database is UofT's largest--and your best bet when more focused databases let you down. It combs through more than 1,200 databases, journal packages, e-book collections, and other resources ranging from the sciences to the social sciences and humanities. At its best, LibrarySearch finds relevant results you won't find elsewhere; at its worst, however, LibrarySearch can overwhelm you will a mish-mash of results from different subject areas.