A resource guide to assist students in CLAC05. 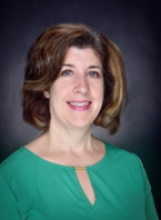 Elizabeth O'Brien
Contact:
Schedule an appointment with me
elizabeth.obrien@utoronto.ca

My name is Elizabeth and I am your dedicated librarian for this course. My contact information is available on the sidebar on the left side of the screen. I would be pleased to meet with you virtually to discuss finding research material for assignments or other questions you might have about the library. Feel free to use this link  Book a Research Appointment with Elizabeth to find a convenient appointment time.

Additional supports from the library:

COVID-19: Updates on Library Services
Check this page to stay up to date on library operations during the pandemic. It also answers some frequently asked questions about library services.

This course focuses on the environmental and socio-economic history of Ptolemaic and Roman Egypt. It covers a period spanning from the Macedonian conquest of Egypt in 332 BCE to its conquest by the Arabs in 642 CE. Lectures will emphasize the key role played by Egypt’s diverse environments in the shaping of Ptolemaic and Roman Egypt’s socio-cultural and economic features as well as in the policies adopted by Macedonian and Roman authorities. Elements of continuity and change will be emphasized and a variety of primary sources and sites will be discussed. Special attention will also be dedicated to the role played by imperialism, Orientalism, and modern identity politics in the emergence and trajectory of the fields of Graeco-Roman Egyptian history, archaeology, and papyrology.

Lectures are organized thematically. Such an approach is meant to highlight both the richness and the diversity of the evidence coming from Ptolemaic and Roman Egypt as well as the challenges pertaining to this field of study. At all times, special attention will be dedicated to primary sources and to the critical reading of secondary literature. Egyptian evidence will also be contextualized within the broader geopolitical context of the time.